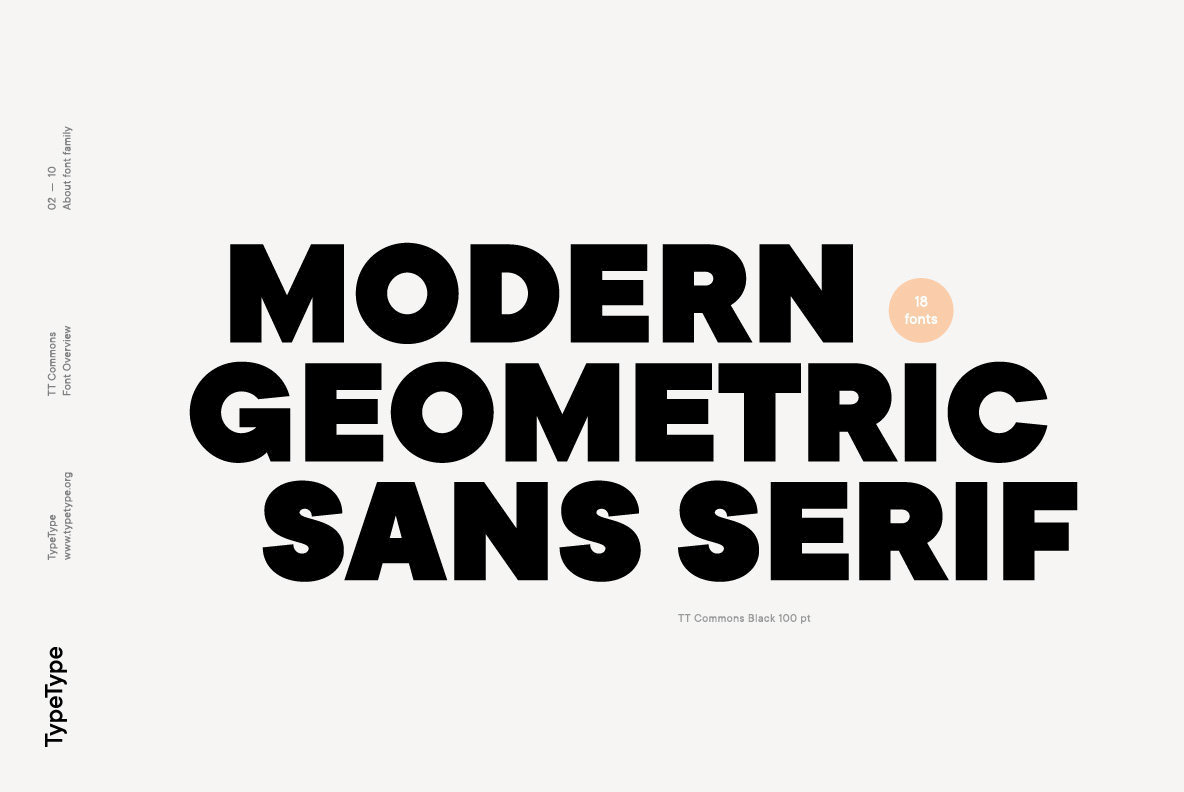 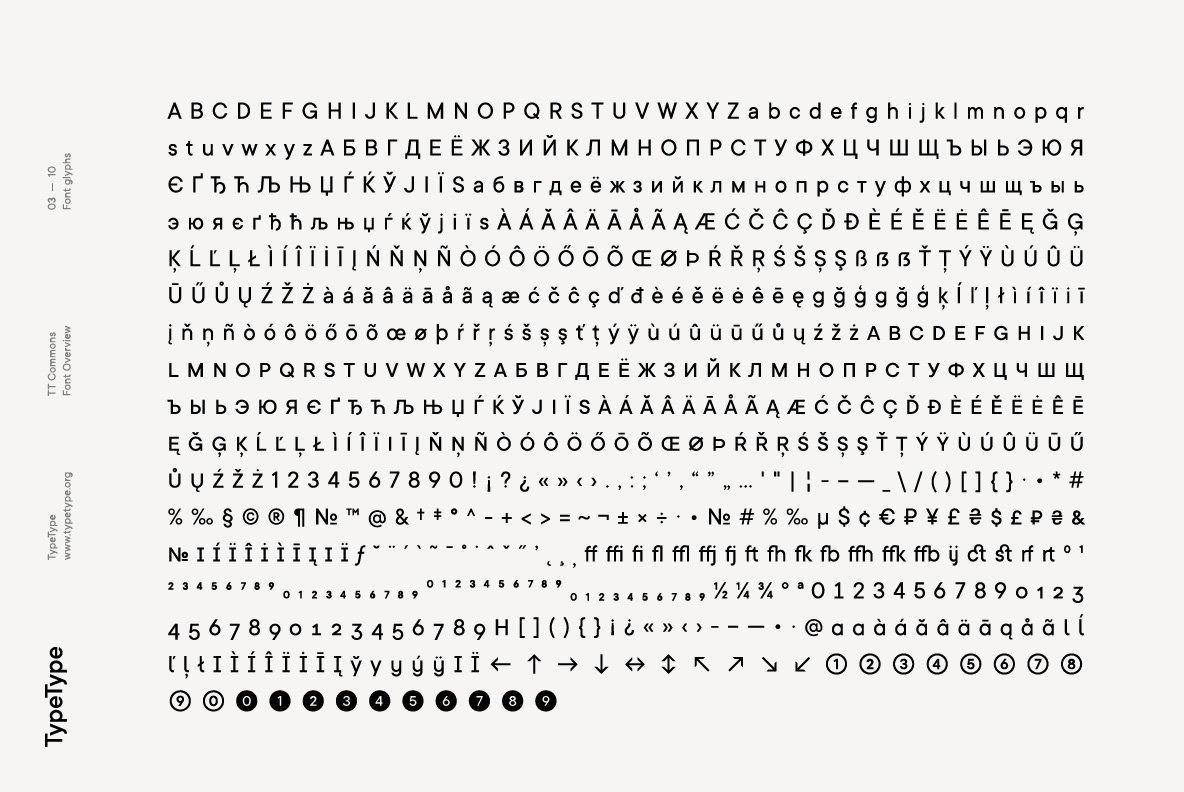 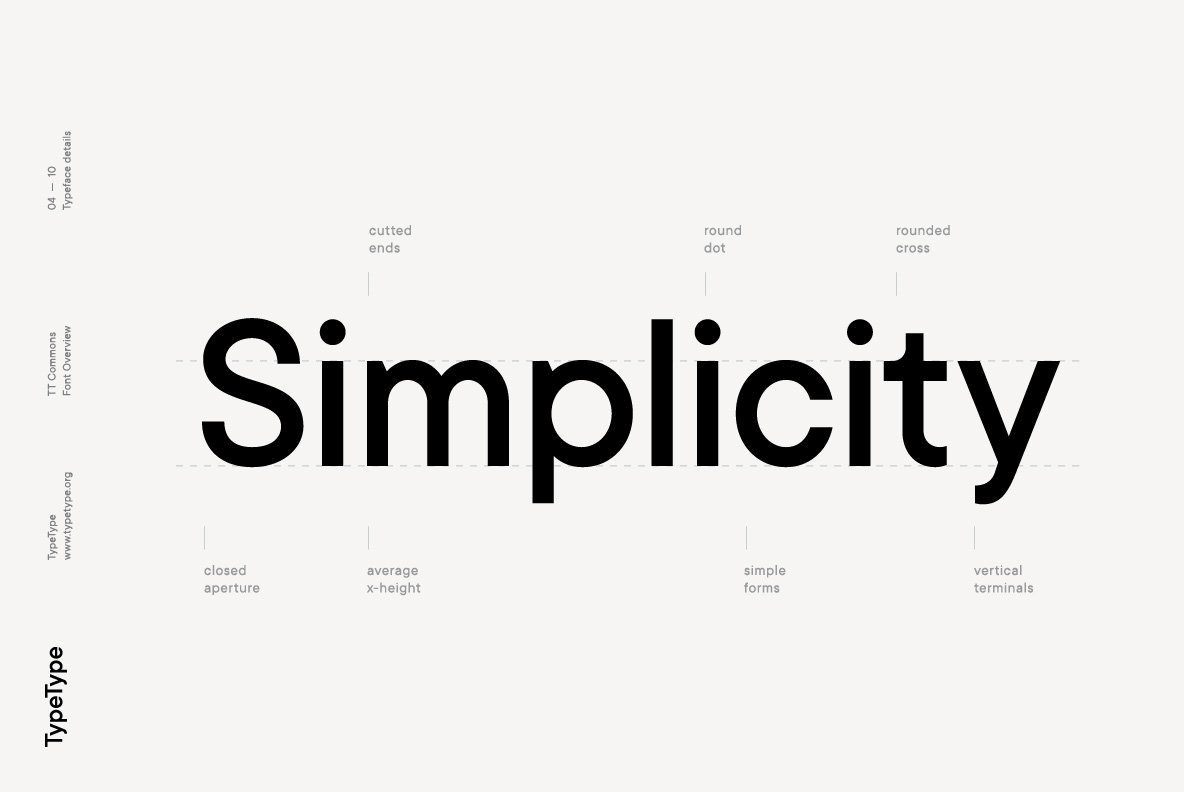 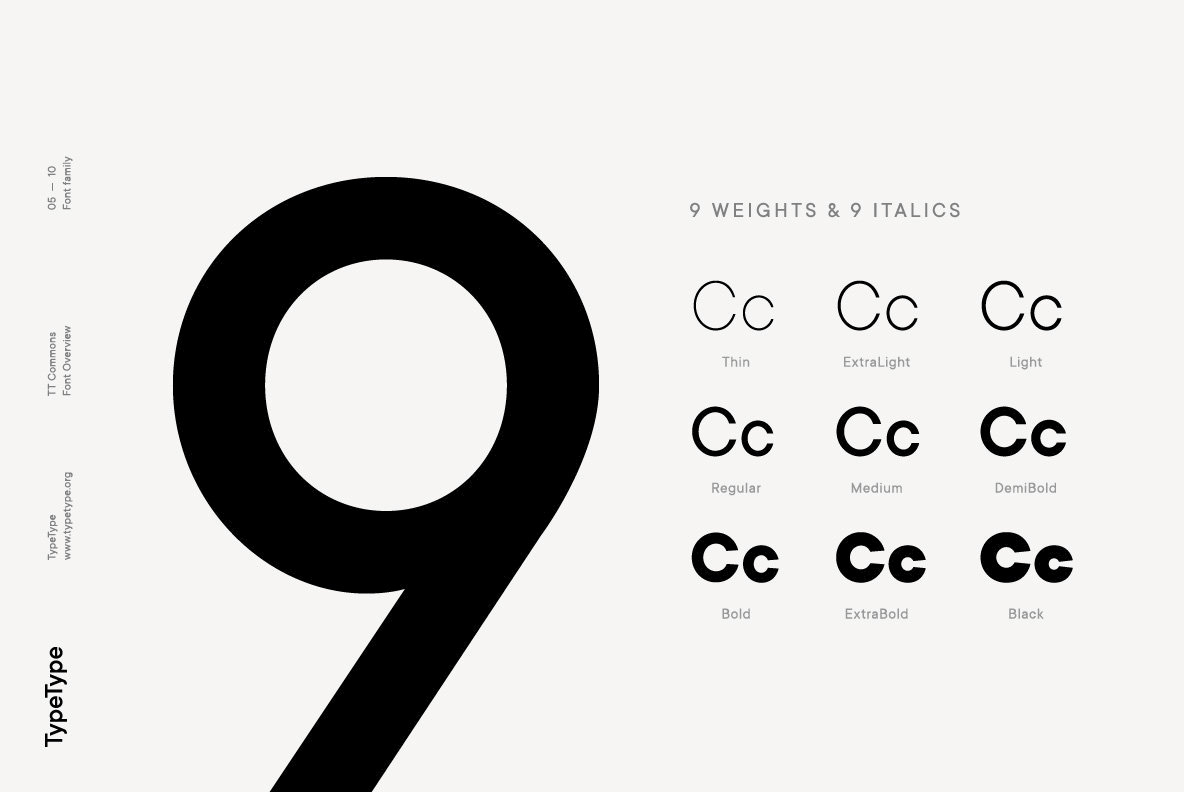 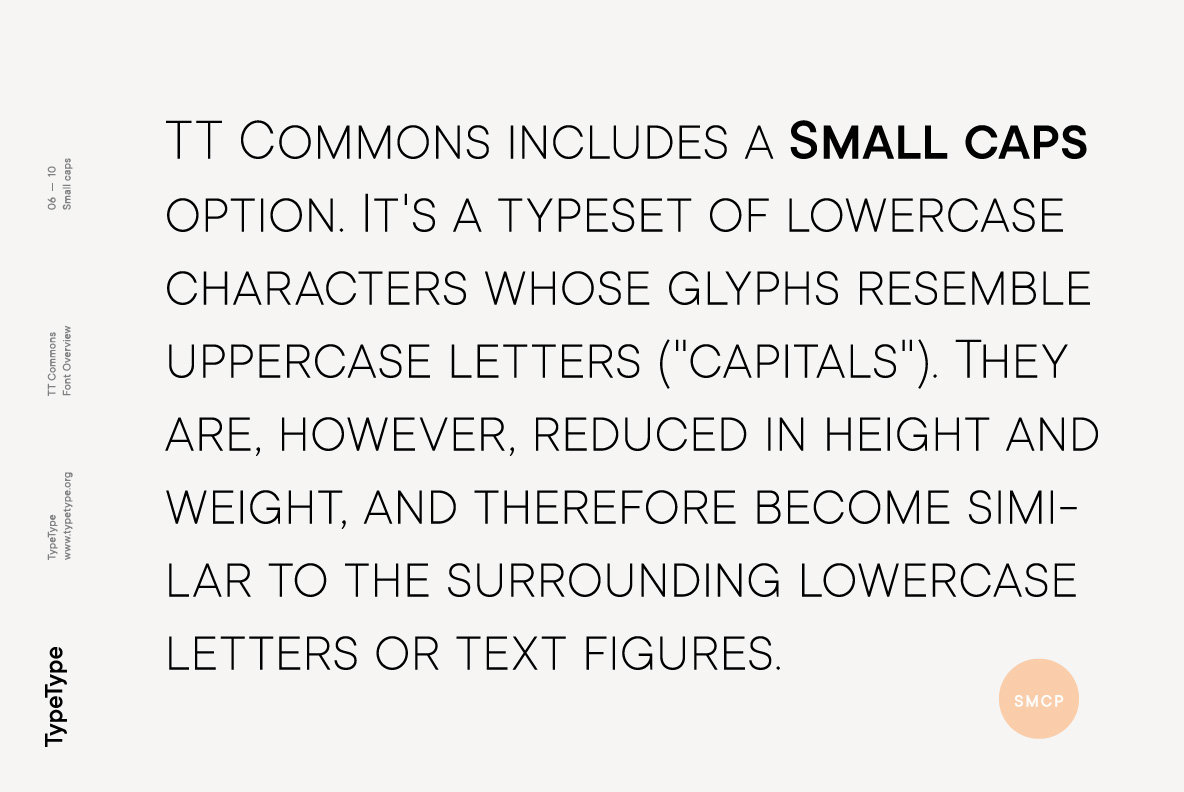 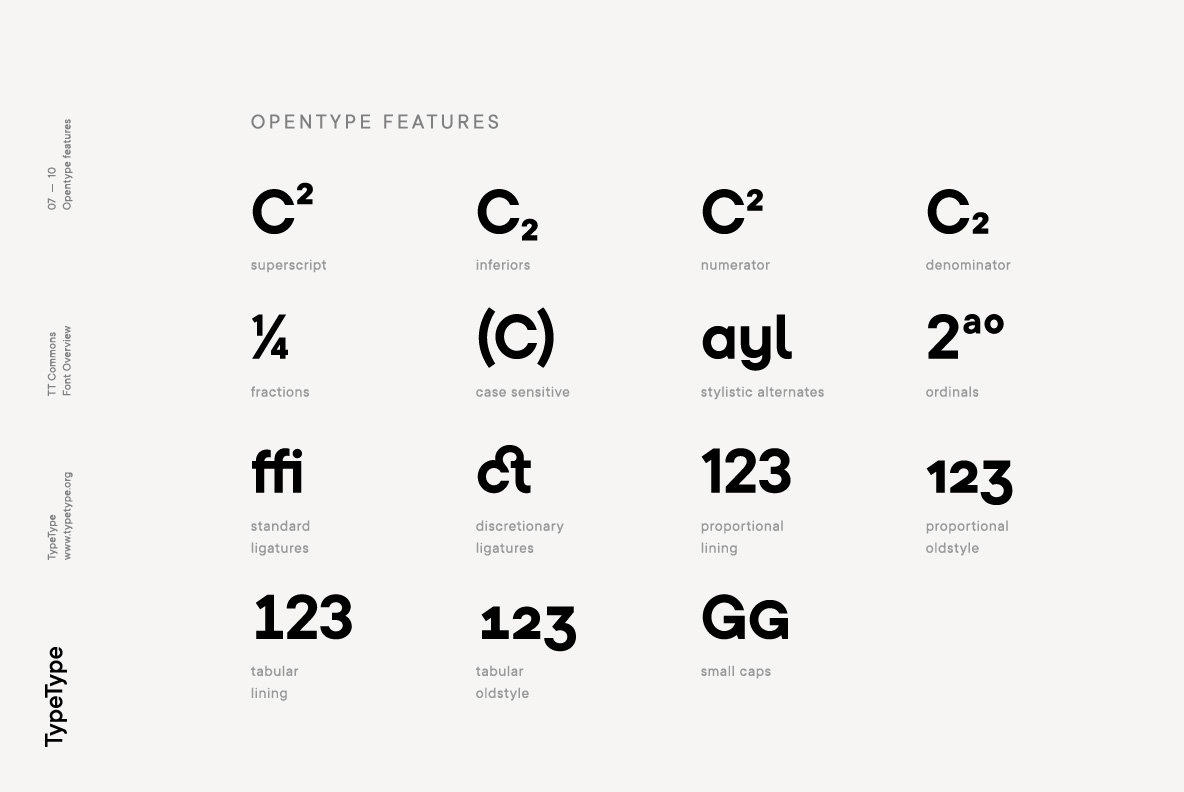 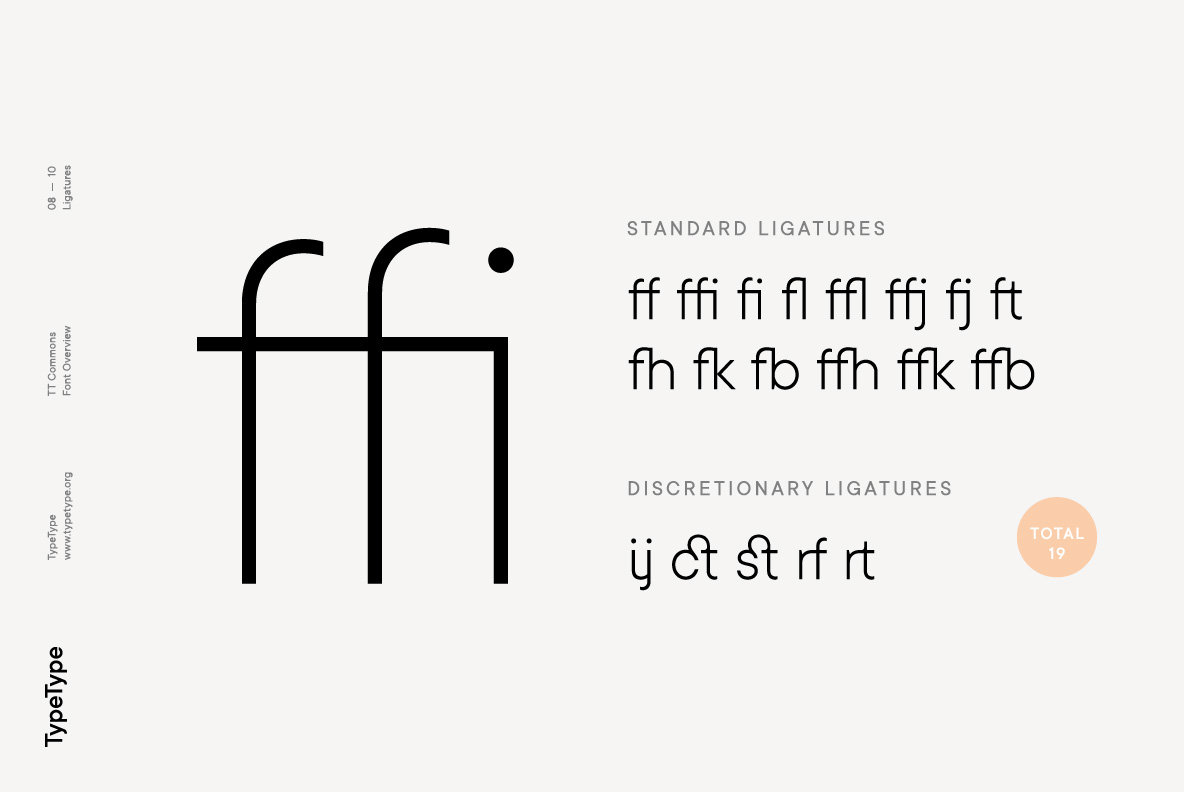 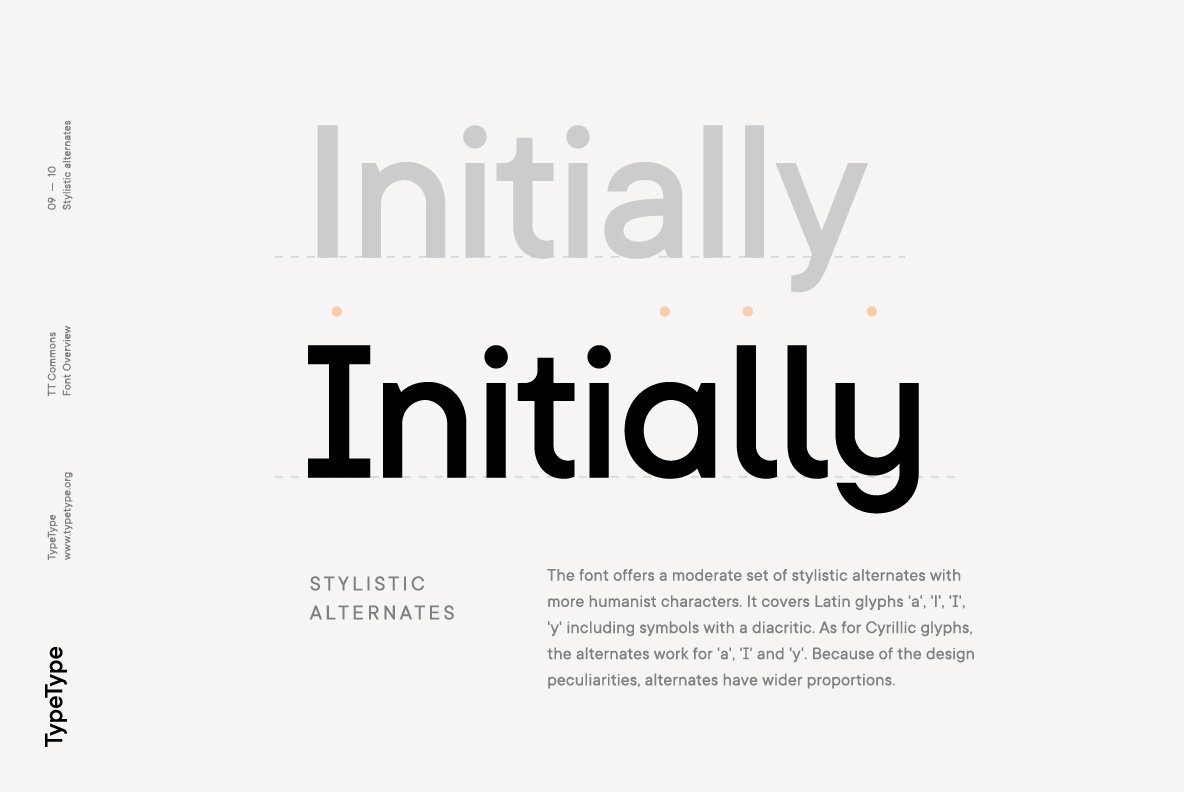 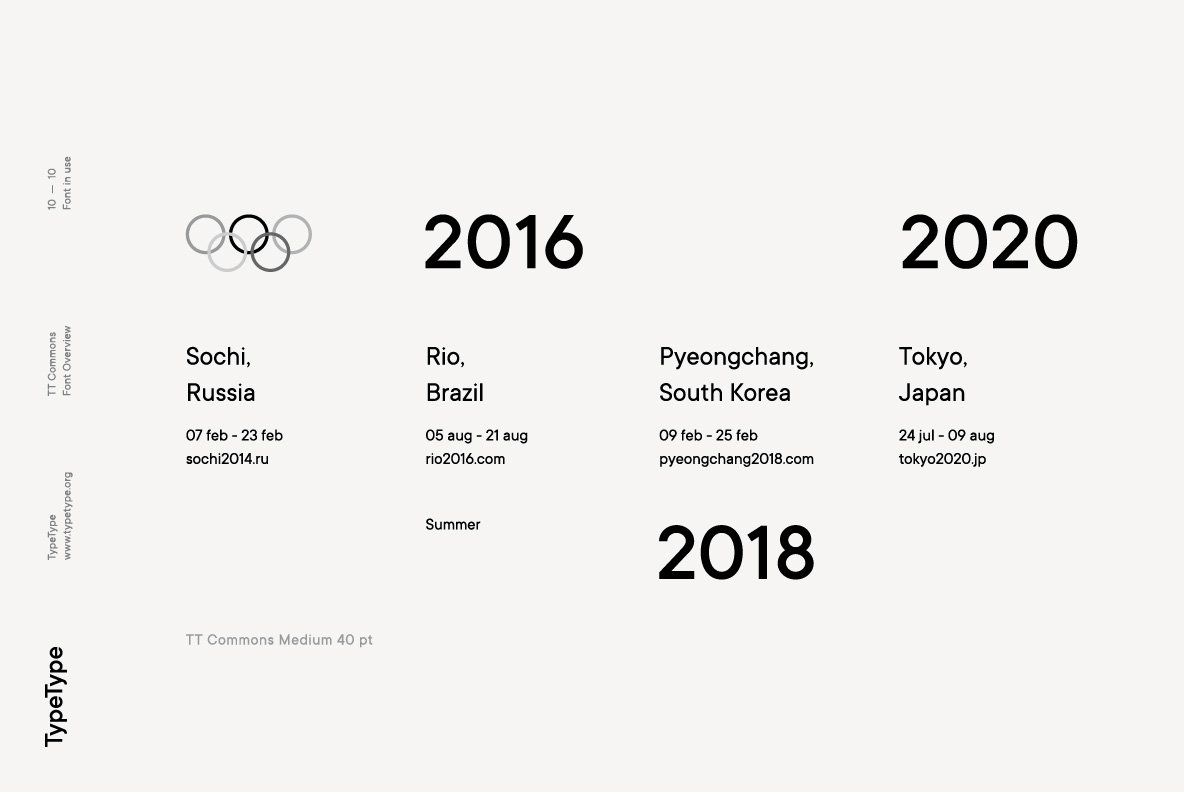 TT Commons is a universal sans serif with a minimal contrast of strokes, a closed aperture and geometric shapes of characters. The design of the typeface was developed for the widest possible range of tasks with which any quality corporate font is required to cope.

The history of TT Commons originates from the new TypeType logo, which appeared in late 2016 as part of the rebranding project. Ideas embedded in the logo formed the basis of two fully developed faces (regular and medium), which in early 2017 became the official corporate typeface of the TypeType Foundry.

Initially, we did not plan to release TT Commons for sale, but given the number of incoming requests, we changed our decision. At the same time, we have significantly improved the typeface: we increased the number of faces to 18, added small capitals for the Latin and Cyrillic alphabets, expanded the character case to 771 glyphs, introduced 18 OpenType features, and included experimental hinting performed at our studio by our team. 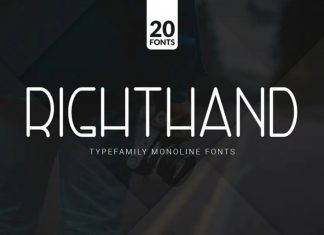 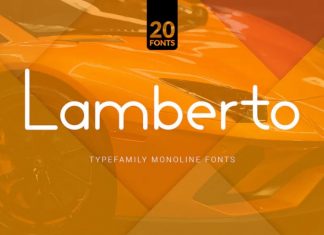 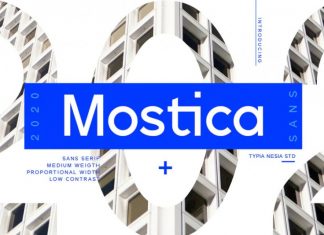 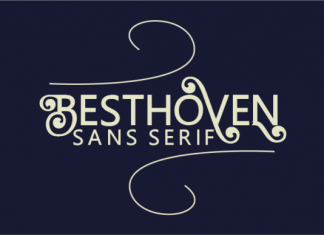 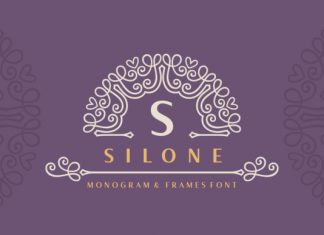 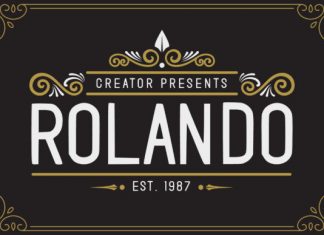 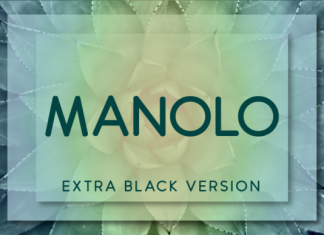 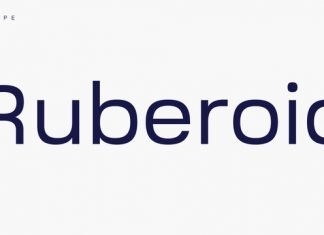 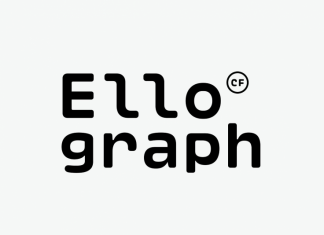 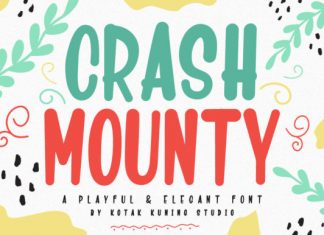 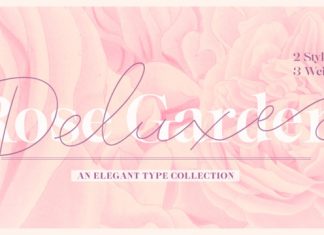 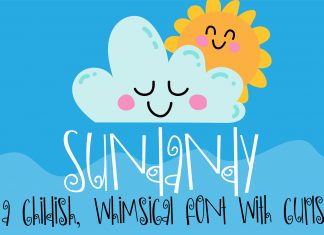 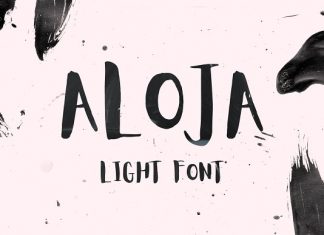